Edge computing is about to solve the IoT’s biggest problems

2021 will showcase the real power of distributed computing, with significant processing taking place not in centralised servers in the cloud, but on the “edge” of the network, where much of the data we rely on is generated. This will deliver big gains, not only in computing, but also in the lives of the increasing number of people who will be connected to the power of the internet as a result.

Edge computing will be crucial to the success of the Internet of Things (IoT).

Between them, IoT devices – from smartphones and smartwatches to tiny computers embedded in machines and infrastructure – generate huge amounts of data. This is processed in the cloud, with relevant data then sent back to the device, instructing it how to react. But latency – the time it takes for data to travel between two points on the internet – makes this set-up unreliable for time-critical applications such as those used by medical devices, for example, which need to process and react to sensor data almost instantly. Relying on the cloud also limits the possibility of deploying IoT devices to locations with little or no internet connection. This might be outer space, deep under the sea, or places on the Earth’s surface that are still poorly served by the internet. 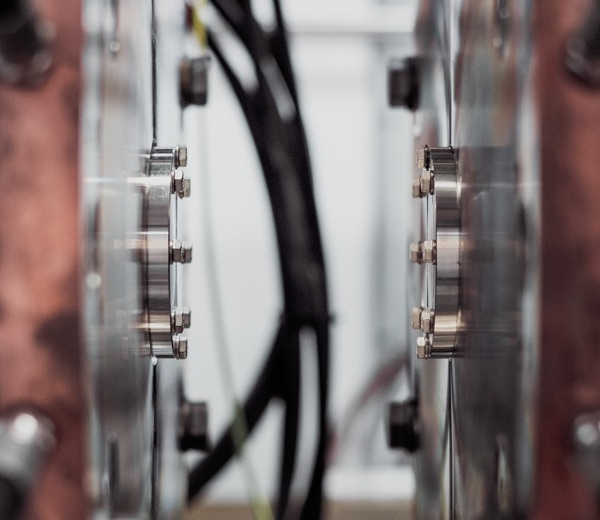 In 2021 we will use edge computing to address these challenges by relocating the processing of data from a central server to geographically closer to where it was gathered. We will be able to do this thanks to specialist accelerator chipsets, developed by companies such as Nvidia and Intel, which are able to run relatively advanced machine-learning algorithms far from the powerful centralised servers of the traditional cloud and sometimes even on the device itself. This will reduce latency to almost zero. We are also developing software and hardware optimisation techniques such as model quantisation, which will speed up cloud-based processing, further reducing latency. Advances like these will help spread sophisticated IoT devices throughout the world.

Edge computing will also enable us to have more localised control over our data. A technique known as federated learning allows an algorithm to be trained across multiple servers or edge devices that hold local data samples, without that data having to be shared or exchanged. This means that sensitive data, such as medical or proprietary information, can be processed and kept secure on the device itself. An example of this already in use can be found on smartphone keyboards, which create a localised, personal library of common words and phrases for each individual on their device while sending only summarised changes of the AI model to the cloud for processing. This allows the AI to learn from use cases, but protects the privacy of users.

Because edge computing reduces dependency on connectivity, it will give more people access to AI solutions. This will have a big impact in areas of the world such as sub-Saharan Africa and parts of Asia and South America, where many people face serious connectivity issues. Edge computing is already, for example, being used to help subsistence farmers in sub-Saharan African countries. Apps such as Agrix Tech, developed by a Cameroon-based startup, use the camera and machine-learning algorithms in their smartphones to help farmers identify disease and pests on their crops.

The farmer gets this information immediately in the field. Then, when the phone is near an internet node, the app feeds anonymised data into the cloud to further train the centralised algorithm. Combined with a new generation of low-orbit satellites that will reduce latency in the cloud, edge-computing applications such as this are set to revolutionise online life for people in these regions.

In 2021 we will see more breakthroughs brought about by edge computing in medicine, transport, industry, agriculture and the home. Edge’s ability to process data in an intelligent way as near as possible to its source will create an IoT that will deliver practical benefits to huge groups of people across the globe.